Raised on songs and stories, heroes of renown 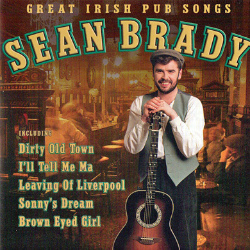 My live gigs began in the 1970’s, playing the circuit on what was then a thriving London Irish pub and club music scene and I’ve been singing and playing ever since.

My guitar playing was pretty iffy at the beginning, but I managed to play the right chords most of the time and slowly got a little better as time rolled on.

I love singing as much as I ever did.

As in the words of that great song by the legendary Irish songwriter Pete St John, (Rare old Times, Fields of Athenry, The Ferryman and many more) I was indeed raised on Irish songs and stories from early childhood.

I developed a great love for the iconic songs and mesmerising sounds of The legendary (original) Dubliners.

I was captivated and mesmerised by the amazing voices of Luke Kelly and Ronnie Drew.

I still include many of the songs they made their own, in my current day set lists.

The record collection in our house in Battersea also included such country and Irish legends such as Big Tom and Larry Cunningham, Irish rebel song compilation LPs, the three Hank’s; Williams, Locklin and Snow, Jim Reeves, Patsy Cline and a broad range of artists such as the Alexander Brothers and great ballad singers like Tom Jones and Engelbert Humperdinck, Solomon King, Connie Francis and Eddy Arnold.

At various times in my musical career I’ve shared the stage with some of Ireland’s more popular performers such as Paddy Reilly, Johnny McEvoy, Brendan Shine, The Wolfetones, The Barleycorn, Brendan Bowyer, Danny Doyle, Dermot O’Brien, Sean Dunphy and many others.

I was particularly impressed with Johnny McEvoy and Danny Doyle as solo performers and story tellers.

When I worked with Johnny in Boston many years ago, I was highly impressed at how he had the gift of holding the audience in the palm of his hand, as he entertained them with his wonderful collection of covers and self penned songs.

My favourite Johnny McEvoy song is ‘The Ballad of John Williams’. 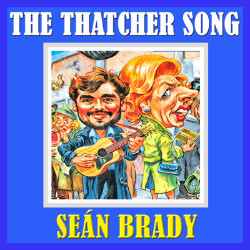 My totally unexpected kickstart into successful songwriting began with a bang in 1983, following the release of my self penned 7″ vinyl single deriding and lampooning the then infamous British PM Margaret Thatcher, ‘The Thatcher Song’.

I’d been singing the bones of it around the pubs in London for a few months beforehand after writing it on a whim to poke a bit of fun at the Iron Lady, who didn’t seem to be particularly fond of the Irish and their various aspirations at the time.

The lyrics were inspired by lots of people around me, including a lovely man who played the box with me for years, Joe O’Hara from Ballina, County Mayo.

He walked into a gig one night shortly after Maggie came to power and said “She’s destroyed me hire purchase”.

The following year an album with the same title was released featuring 12 of my own songs from which a series of further singles were released over the following 3 years.

These included ballads dedicated to various high profile political and high society figures of the time such as ‘The Taoiseach’s Hooley’, ‘Maggie & the Farmer’, ‘Don’t Press the Button’, ‘The Ballad of Red Ken’, etc.

There were also a couple of deeper ballads included, such as ‘The Derry Bogside’ & ‘The Drumshanbo Exile’ & ‘The Irish Overseas’.

The album is still available today on all major platforms or in CD format via ebay, Amazon, etc and you can also buy it here.

Over the years I’ve been had some of my songs covered by major Irish artists such as Foster & Allen, The Furey’s and Susan McCann.

My recent 10 track album features many of my newer songs entitled ‘If Nothing Changes’ it also includes my ballad ‘The Irish & the Choctaw Tale and my ever popular ballad ‘De Valera’.

I always get a kick out of hearing other people perform my songs and I’m currently pitching some from my newer portfolio.

Getting people to listen to them is always a challenge and a little bit of luck is often what’s needed to get a good song heard by the right person at the right time. 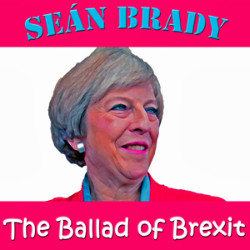 Over the years I’ve released around 27 albums and 18 singles.

My first album was co produced along with my old school mate and fellow Londoner of Irish heritage, the highly talented Steve O’Brien, along with my very green self, in a studio owned by a famous pop group of the time, in the west end of London.

We formed our own label (Crubeen records) on the back of it and the rest is history.

The majority of my recordings were produced on very low budgets and in 8 or 16 track analogue studios in various parts of London.

My ‘Free the Six’ album from the 80’s was recorded in an 8 track studio under a railway arch in Brixton for £6 an hour and we had to keep stopping and starting takes, every time a train rode overhead!

There’s something special about the old but simple recording process that gives a ballad a bit of edge and realness for me.

Several of my 1990’s albums were produced in Mitcham with the invaluable and highly gifted assistance of Maurice Ruiz, a very talented musician, engineer, producer and all round musical craftsman.

During this period I worked on many diverse projects for the Prism Leisure Corporation label, including the ever popular ‘Shamrock & Thistle’ albums, where I was joined on vocals by my then long term band member, Archie McPherson.

I’ve never recorded anything in Ireland.

My first single cost £100 including everything. My first album cost a total of £1,793 including artwork and the first run of 1,000 cassettes.

In the past few years (See my discography for the full breakdown) I’ve kept busy on the recording front with several singles and albums such as ‘The Ballad of Brexit’ and ‘The Bojo Song’.

Many of my releases are available via the main streaming and download platforms such as Spotify, Apple Music.

I’m presently getting a surprising peak with radio plays in Belgium with ‘The Bojo Song’.

This website uses cookies to improve your experience while you navigate through the website. Out of these, the cookies that are categorized as necessary are stored on your browser as they are essential for the working of basic functionalities of the website. We also use third-party cookies that help us analyze and understand how you use this website. These cookies will be stored in your browser only with your consent. You also have the option to opt-out of these cookies. But opting out of some of these cookies may affect your browsing experience.
Necessary Always Enabled
Necessary cookies are absolutely essential for the website to function properly. These cookies ensure basic functionalities and security features of the website, anonymously.
Functional
Functional cookies help to perform certain functionalities like sharing the content of the website on social media platforms, collect feedbacks, and other third-party features.
Performance
Performance cookies are used to understand and analyze the key performance indexes of the website which helps in delivering a better user experience for the visitors.
Analytics
Analytical cookies are used to understand how visitors interact with the website. These cookies help provide information on metrics the number of visitors, bounce rate, traffic source, etc.
Advertisement
Advertisement cookies are used to provide visitors with relevant ads and marketing campaigns. These cookies track visitors across websites and collect information to provide customized ads.
Others
Other uncategorized cookies are those that are being analyzed and have not been classified into a category as yet.
SAVE & ACCEPT